It’s been a long time coming, but at long last, the silver screen finally has a kick ass, female superhero with her own big  movie. Superheroes and comic book characters have long been popular, branching out into cartoons, merchandise and even online slot games. We take a look at some of the coolest, most badass and unique female superheroes in the genre. Which one is your favorite? Let us know!

She-Hulk, known by her real name Jennifer Walters is the cousin to the infamous Bruce Banner and first appeared in issue #1 of Savage She-Hulk. After being shot and injured by criminals, she requires an emergency blood transfusion, relying on her cousin to help out. Due to the radioactive nature of Banners blood, and her anger due to the attack, she transforms into She-Hulk, a more feminine, less monstrous version of her cousin, with all of her intelligence and memories intact.

The most famous superheroine in history, and one of the most popular superheroes of all time, Wonder Woman (Diana Prince) begins her story as the daughter of Queen Hippolyta. She was the first child born on Paradise Island under the reign of the immortal Amazonians, and became Princess Diana of Themyscira, wielding the Lasso of Truth, her main weapon across all stories and franchises.

Often paired on screen with her ocassional adversary and one time love interest Bruce Wayne, Selina Kyle first appeared in Batman #1 all the way back in 1940. Portrayed as a cat burglar, she is often depicted in a one-piece black outfit, using the infamous bullwhip as a weapon. She is a skilled martial artist, and fully experienced in hand-to-hand combat, making her a formidable foe for the criminals of Gotham.

One of the biggest, and most well-loved characters in the Marvel Universe, Carol Danvers debuted as the first incarnation of Ms. Marvel in Ms. Marvel #1 back in 1977. She has appeared under the aliases Binary, Warbird, and even Captain Marvel throughout her history. Earlier in the year, Marvel confirmed the character was finally coming to the big screen in March 2019, with actress Brie Larson rumored to take the lead. 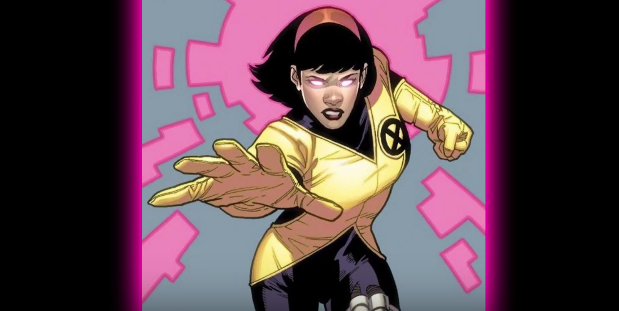 Karma, known by her real name Xi’an Coy Manh, was born and raised in Vietnam. Her father was a colonel in the South Vietnamese army, who was shot and killed during battle. She was rescued by her uncle General Nguyen Ngoc Coy, and taken to New York City to escape. Often affiliated with the X-Men, Karma has the ability to control others using her mind, and has also been a part of the Xavier Institute, the New Mutants, the Hellions and the Jean Grey School.

X-23, known as Laura Kinney, is the cloned daughter of Wolverine and most recently appeared on the silver screen in 2017’s Logan. She was created to be the ultimate killing machine by scientist Doctor Sarah Kinney in an attempt to recreate the original weapon X project. The doctor’s attempts at raising Laura as a normal child were often in vain, as she is regularly portrayed as volatile, violent, and in her most recent movie representation, a dangerously over powered mutant.