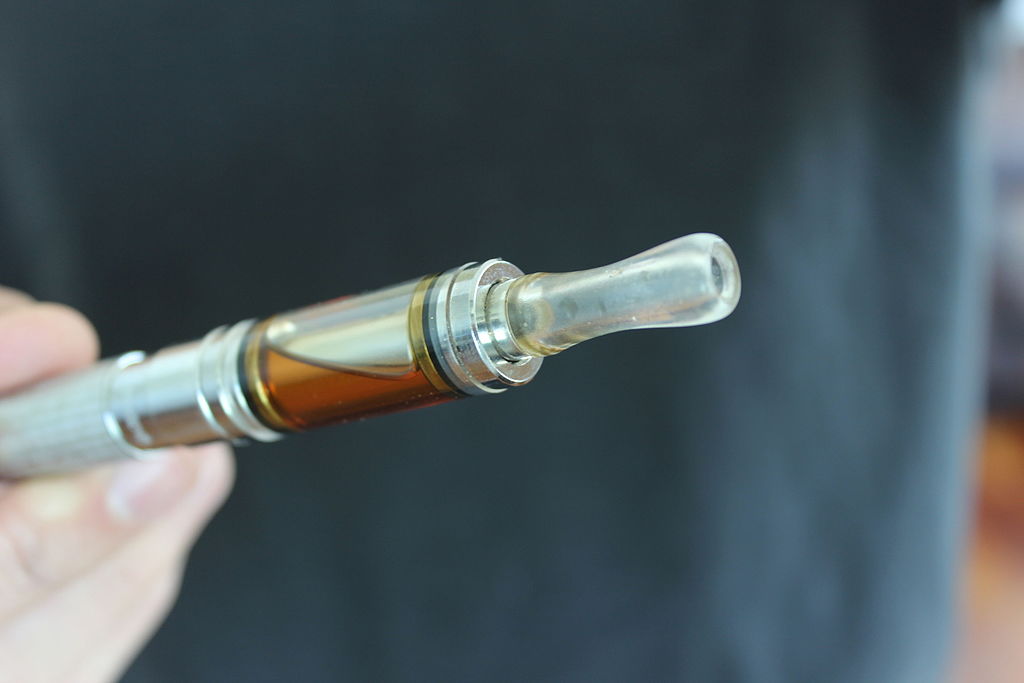 Electronic cigarette vapourisers, also known simply as ‘vapes’, are rapidly replacing cigarettes. Their main appeal is that they are cheaper and healthier than regular cigarettes. Vaping is on the rise, yet it seems that so many people are in the dark about what it actually is.

Vapes consist of two main parts: a battery power atomiser, known as the ‘pen’ (because of its shape), and a section containing e-liquid, referred to as the ‘juice’. It is this juice which is heated through the pen to create steam, or vapour. The liquid is made from either vegetable glycerine (VG), or propylene glycol (PG). The vape juice can either contain small amounts of nicotine or not.

Unlike smoking tobacco, vaping has been proven to be much less harmful. Among the listed benefits over smoking include:

In addition to the above evidence, vaping is considered beneficial because it can be an aid to stop smoking altogether. Vape juice contains only a small amount of nicotine, and users can gradually decrease their intake until it reaches zero. People can then continue to vape using e-liquid that contains no nicotine. The less nicotine there is in the vape juice, the better the flavour.

The Appeal of Vape Juice

Another huge benefit that people see from using vapes is that the juice can be manufactured into any kind of flavour, moving away from the boring taste of cigarettes. It won’t linger round your hair, clothes, or soft furniture when you’ve finished vaping, just like smoking does, as you’re not actually burning tobacco.

Online retailers produce a variety of different e-liquid flavours, and this is a massive part of the appeal of vaping.. The flavour-masters at the vape companies mix different kinds of natural and artificial flavours together to create something that is appealing to taste.

With or without nicotine, vaping is a pleasure because of the wide range of flavours on offer. Vegetable glycerine doesn’t carry flavour very well, but is popular amongst some vapers as it does produce a lot of vapour. This is particularly sought after by people who like to perform ‘smoke tricks’ in the vaping community.

Propylene glycol does carry flavour a lot better. Apart from regular flavours such as fruit (apple, cherry, blueberry), strong tastes such as coffee or chocolate, and menthol flavours; manufacturers also produce blends, which are unique varieties of several different flavours fused together.

Some of the most popular fusion flavours on the market today include names such as: ‘Old Port Royal’, ‘Freudian Slipper’, and ‘Velvet Elvis’; whose names leave a lot of mystery. Since these are blended flavours, it’s best to try yourself. Indeed, there is a whole subculture of vaping that has opening up to taste and compare the specialty flavours now being offered.

E-cig vapourisers – vapes – consist of two parts: a pen-shaped electronic atomiser, and the e-liquid (vape juice). Once you have your vape set up, it is the vape juice which turns into steam to be inhaled. It is a process much like smoking, yet nothing is being burned. Vape juice can contain nicotine or it can be nicotine-free, but the main appeal is the wonderful variety of different flavours you can buy.