No – mornings are the worst because you’ve got to suffer that first glimpse in the bathroom mirror, when everyone looks their worst.

Jennifer Lawrence looks in the bathroom mirror in the morning and feels the pit of her stomach thud. Christina Hendricks looks in that evil morning glass and feels like the world’s ugliest woman. No one is exempt and everyone’s confidence is punctured, at least until you hop into the shower.

There’s no guaranteeing that you won’t have rough mornings, but we’ve come up with a few healthy tips to brighten your phizog before your alarm clock wakes you up. 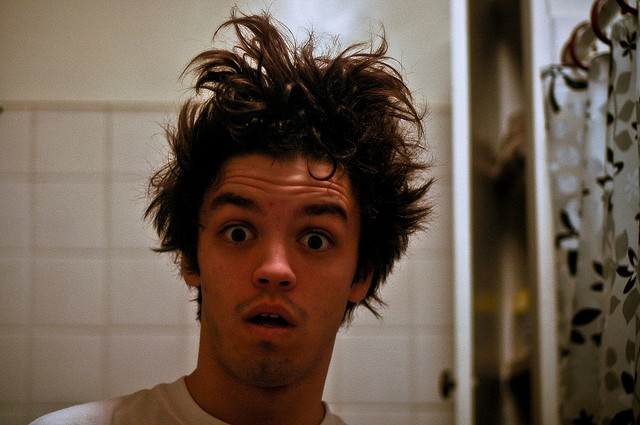 A thousand-and-one ointments for your skin seem to consist entirely of snake oil and misplaced promises. Most creams that claim to moisturise are actually as effective as water.

So what can you put your faith in when moisturisers and anti-ageing creams have betrayed you before? We’ve tested out a number of products and would recommend Crepe Erase for Skin, a cream designed for crepey skin.

It’ll smooth out any unwanted wrinkles – and it comes with our stamp of approval.

In the hustle and bustle of our daily lives, finding enough time to sleep feels like an impossible dream – a dream which, ironically, you can’t have because you’re not sleeping.

But without sleep, you’ll continue to look and feel like a dog’s dinner. That cliché about beauty sleep doesn’t only exist in fairy tales – it’s a straight-up fact. If you don’t get an average of eight hours’ worth of sleep, potential partners won’t find you attractive.

So how do you get a full night’s kip?

For one, avoid technology. Phones, videogames, movies – they all stimulate the brain far too much. Instead, read a book and let yourself drift off into the land of nod.

If you’re still struggling, make lists in your head. The repetition of list-making will soon tire you out sufficiently.

You’ll know when you’ve slept enough. You’ll wake up five minutes before your alarm goes off and not feel compelled to catch a few more Zs.

Marry the elements of skincare and the great sleep and you’ll look peppier than Zooey Deschanel when you hop out of bed for another great working day.